Kshar Karma is one of the best para-surgical procedures described in Ayurveda.

Acharya Sushruta described it in detail in Sutra Sthana declaring it best among the surgical and para-surgical instruments due to its chhedya (excisive), bhedya (incisive), lekhya (scrapping) and other medicinal properties.

Owing to these, it is thus, widely used in wound healing, fistulae, haemorrhoids and anorectal diseases, to name a few.

However, Kshar Karma has a wide range of diseases, forms and variety in which it can be used in different modalities.

It is time to extend the horizons of Kshar Karma in other avenues as well.

It is tridoshaghna and can be used orally in various diseases.

It can provide with a cost- efficient and time saving mode of treatment with least adverse effects.

Ayurveda has been a science of healing since ages.

Ayurveda follows a non-invasive approach as a treatment protocol until and unless otherwise is the only option.

Thus, there are procedures told by the Ayurveda not only medicinal but also para-surgical to reduce the agony and pain of the sufferer and avoid invasive surgeries without compromising with the effects.

One such procedure is Kshar Karma which is considered one of the best among all surgical or para surgical modalities due to properties favoring early healing. 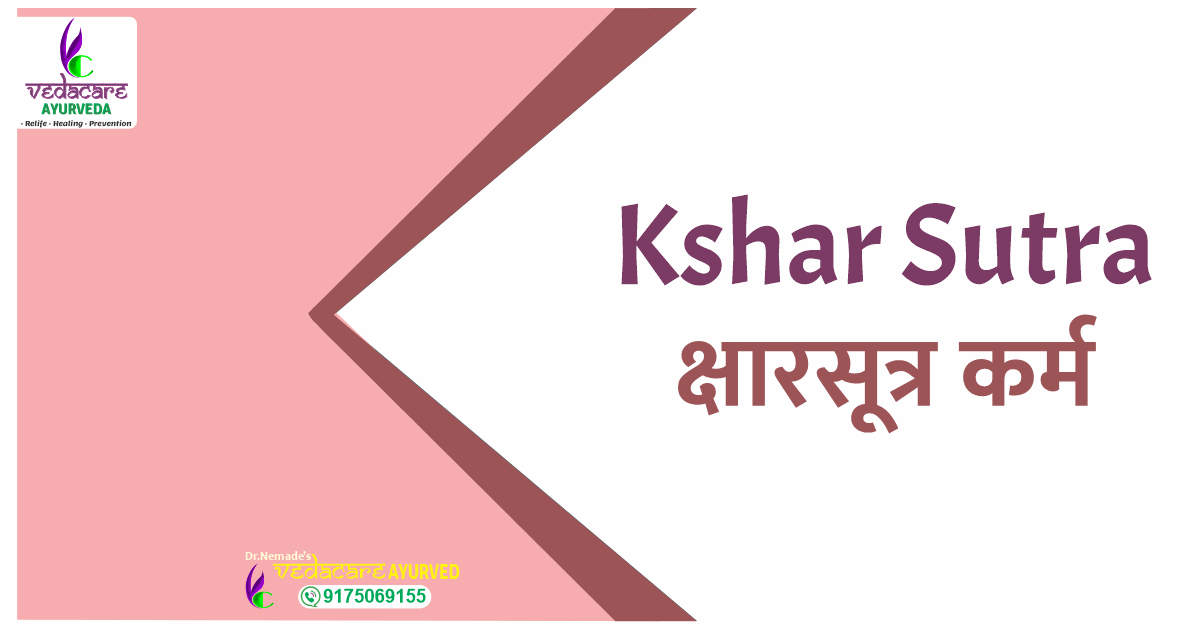 In Ayurveda, Shastra and Anushstra Karma are described in detail.

Kshara is a caustic material. It causes chemical burn on the area where it is applied.

It helps in sloughing of necrosed and infected tissues.

Kshara Sutra therapy is used especially in Fistula in Ano, Pilonidal sinus and various benign growth of skin such as papilloma, warts etc.

Kshara Varti is used in chronic non healing wounds for debridement and in sinuses or fistula in ano.

Ksahra Karma has been very much effective non-surgical means in the management of various disorders especially in anorectal disorders.

Kshar is a special ayurvedic herbal preparation for external as well as internal medicinal purposes.

• Cauterization by alkali should not be done for persons such as debilitated, children, old age, fearful, suffering from swelling all over the body
• enlargement of the abdomen
• bleeding disorders
• pregnant lady
• woman during menstruation
• advanced stage of fever
• diabetes
• injury to the chest (lungs)
• emaciation injury
• thirst, fainting and other complications
• the impotent
• prolapse of uterus and testes
• in vital spots, throat, umbilicus, nail bed, penis, places with less muscle mass and eyes excepting diseases of the eyelids
• Even those diseases which are curable with the use of alkali, in patients who have swelling all over the body,
• pain in the bones
• poor appetite
• pain in the heart and joints

Kshar Karma is safe and easy to apply.
It is less painful with less recurrence and easily available.
It’s highly effective and economic with reduced hospital stay which is suitable for developing country like ours.

Book Your Appointment For
Kshar Karma